Our first service was held on 12 October 1986 at the Cambrian Way Pre-School with 23 in attendance. On 7 December 1986 the young church had its first baptismal service of 2 children and 1 adult. Our first Christmas program was held two weeks later on 21 December and we had nine visitors with a total attendance of 40.The church formally constituted on 17 March 1991 as Open Door Baptist Church of Melton. Pastor Winans chose 'Open Door' for the name of the new work because of the promise of the Lord Jesus in John 10:9 "I am the door. If anyone enters by Me, he will be saved, and will go in and out and find pasture".

In 1997 Pastor Winans resigned at Open Door and eventually planted another work across town in Watsonia called Grace Baptist Church that continues strong to this day. Dr Doug Combs served as interim pastor of Open Door for a couple of years while Brendan Hocking served as pastor between 2000 and 2009. For a few years the church was without a pastor. During that period numerous men in the church filled the pulpit while others like Mr Steve Wivell, Principal of Victoria Baptist Bible College, provided regular preaching ministry and personal encouragement to the church.

Robert Apps was called as Pastor in July 2013. Robert previously served as Assistant Pastor at Trinity Baptist Church in Cairns, Far North Queensland between 2008 and 2013.

In March 2015, the church was able to move into the new Botanica Springs Children's & Community Centre for our Sunday services, Bible classes and popular monthly fellowship lunches. 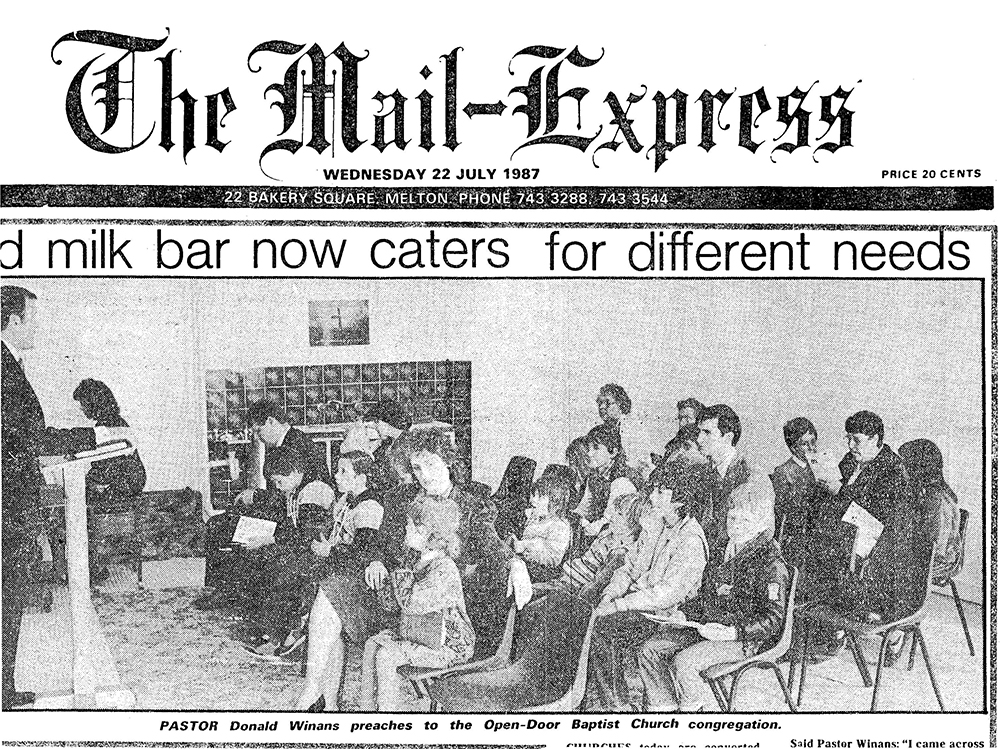